Posts from the ‘Guest Authors’ Category

“Under The Blanket of the Land” – new review by Tracey Warr

We are delighted to share a wonderfully evocative, new piece of writing about Radio Dreaming and Marble Arch Caves Global Geopark, by novelist and art writer Tracey Warr. It is called “Under The Blanket of the Land: ClaireandAnna, Radio Dreaming.”

“Hold a shell up to your ear and you hear the sound of the sea, a sound that tells you maritime stories, conjures up ships, waves, tides coming in laden with seaweed, sea breezes whipping your hair into your eyes. Artists Claire Coté and Anna Keleher make artworks that do something similar but with the sound of the land instead. Their artworks and radio broadcasts invoke ancient and contemporary stories of the land: its undulations, its soils, the layers of rock beneath our feet in a subterranean world usually hidden from view. The artists use the human geography and history of landscapes to speculate about our shared future.” END_OF_DOCUMENT_TOKEN_TO_BE_REPLACED

During our Place-Dreamer Pod Tour, we visited the Organic Centre in Co. Leitrim. The students of the permaculture course that was taking place there at the time came out to visit the Pod during their tea break. Between drizzles, they listened to Radio Dreaming in the Pod and gathered ’round the hatch at the back to chat with us about “Off-Grid” ideas, tools and cures. (It was also during our time at the Organic Centre that we met Hans Weiland who told us about his very interesting Off-Grid entertainment/weather prediction method involving clouds. We blogged about it here, and featured him and the topic of cures in our Off-Grid Radio Dreaming Episodes Part 1 & 2. You can listen to them here.)

Conversation wandered from solar panels, to the kelly kettle, to the bramble vine we were using as a clothes line (clothes pins naturally included!) and finally landed on the topic of “cures.” We talked about traditional cures and hedgerow cures and cures that one might find in the kitchen or vegetable garden. There were a range of voices in this group, male and female, Irish as well as folks from other countries. Once the conversation got rolling, many people chimed in with a cure from their granny or something they’d learned recently.

END_OF_DOCUMENT_TOKEN_TO_BE_REPLACED

Tasting the past: Hans Wieland on Kefir (audio)

Listen as Hans introduces us to kefir.

In the kitchen of Hans and Gaby Wieland we learn of the off-grid properties of Kefir.  Lactic acid fermentation doesn’t need any energy to produce, it doesn’t need energy to keep .The result of a symbiotic relationship between lactic acid bacteria and yeasts it has been transforming and preserving milk for millenia. The usefulness of Kefir, its health giving properties, powers of preservation and tangy taste have ensured its preservation from the first dairying cultures.  Hans feeds his kefir with goat’s milk. Water kefir is a slightly different strain that eats sugar.

“You put in lemon and raisins or sultanas and let it ferment for three to five days,” after which time it will have turned into a wonderfully refreshing drink, sweet and sour at the same time similar to elderflower champagne.

Find out more about kefir here.

Did you see Our elderflower fritters blog?

Our thanks to Hans Wieland  of Rossinver Organic Centre, for providing info re Kefir fermentation for this blog. Hans runs courses on all aspects of fermentation. This blog is based on a transcript of our audio conversation with Hans at his home in Co. Leitrim, Ireland.

Wilderness of my dreams (Phoebe + ukulele)

During our stop with the Pod at the Leitrim Sculpture Centre, we met artist in residence, Phoebe, who is also a poet and musician. She invited us up to her second floor studio above the print rooms to listen to her play her ukulele.

Between Phoebe’s lovely, descriptive song  and the rare Irish afternoon sunshine streaming in the window, we were charmed to be sure!

Lucinda interviews Anna on Soundart 102.5 Fm an Art and Community Radio station about Radio Dreaming and her collaboration with Claire Coté. Sound Art radio broadcasts from Dartington, Devon  and is associate member of RADIA fm.

Some of you may already have caught this Guest Post from Claire’s Uncle John, when we originally posted it several months ago, we were in the middle of editing Episode 1. But now that many of you have heard Radio Dreaming Episode 1, and the reference that it contains to my Uncle’s 3 month journey through the Grand Canyon, it seemed right to re-post it…..

In the thick of editing the “Food Chapter” of Our DREAMING PLACE radio program, during a casual conversation about this topic with my mom, she mentioned my two Uncles’ unique “food dreaming” experience while hiking the Grand Canyon. I asked my Uncle John (John Donald) about it by email and the following is what he wrote back. It is posted here with his permission. 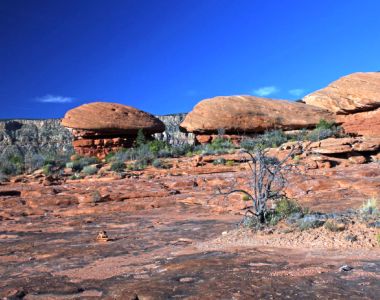 Francis and I walked most of the length of the Grand Canyon on the south side between late Feb and early May of 1970. The whole hike was 440 miles in several sections. It had been a dry winter and all the South Rim trails were free of snow when we began our trek; then it snowed 2 feet and turned rather cold. After a trial hike we measured our food portions by weight for all our coming meals and wrapped and packed them up in piles for each leg of the journey. We had to be sure we had enough calories to keep warm as well as enough energy to hike with our 55 lb. packs. It was mostly dehydrated food to keep the weight and bulk down. Along with our several types of meals we limited ourselves to 1lb. of crackers per week and had to forgo bread altogether because of its bulk. Well, what you can’t have turns out to be what you want most, I guess. When I ate hot soup I thought how nice it would go with some real coarse, whole grain rolls, the kind you chomp down on and pull real hard to get a chunk loose, you know? None of that white bubble bread for us. It seemed like we were hungry a good deal of the time and one day we ate lunch twice. Still hungry.

Toward the end of our hike we hadn’t seen any people for almost 3 weeks and we came out on the western esplanade in the red sandstone Supai formation. It is weathered into huge rounded blocks and domes that looked just like rolls right out of the oven. They were rich, deep red brown just like giant whole-grain rolls. As the miles went by I began to think fondly of the rolls my mom baked every Thanksgiving and how yummy they were. My daydreams of rolls had tuned to stone, but they brought sweet memories nonetheless.

Just so you see that our daydreams were not stretching the imagination too far, the above photo from the Sierra Club website, shows pretty closely exactly what we saw that got us going on the rolls image. Some of  them, the tastier looking ones, were a little deeper red and close together like rolls in a pan. No steam rising, but close enough.

Hope this is useful in some way. 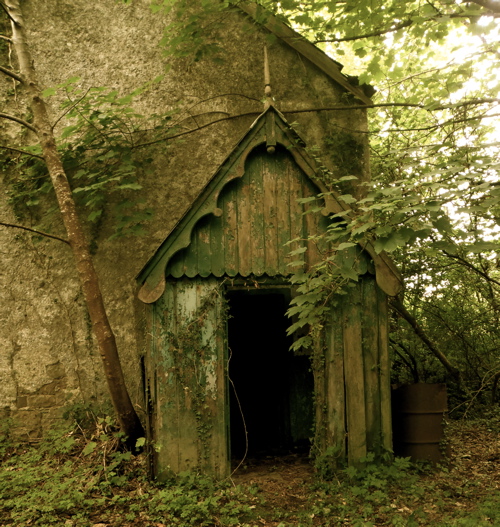 This short audio segment conveys several layers of the DREAMING PLACE project with a cottage context. Click play button below to listen in:

“I think of the sound the basic, functional bed springs would have made.

Was it a comfortable bed where who knows how many children were conceived and birthed?  Or was it hard, bumpy, damp, the itchy blankets taking ages to heat to a nice temperature warmed by the bodies and the fire.

The organic plant matter of thatch on the scalp of this cottage would have been the first to go. With its roof ripped off by the claws of relentless rain and drizzle and wind, the contents are then defenseless, wide open. They sit and wait.

Drip by drip, year by year, all the memories and worth and quality and goodness of the house erode and dissolve. “

Extract by Susan Hughes after a cycle ride to a tumble down house with her then boyfriend a Donnegall fiddler. The owner of the house would not let anyone take anything from it when his family had moved out many years before.